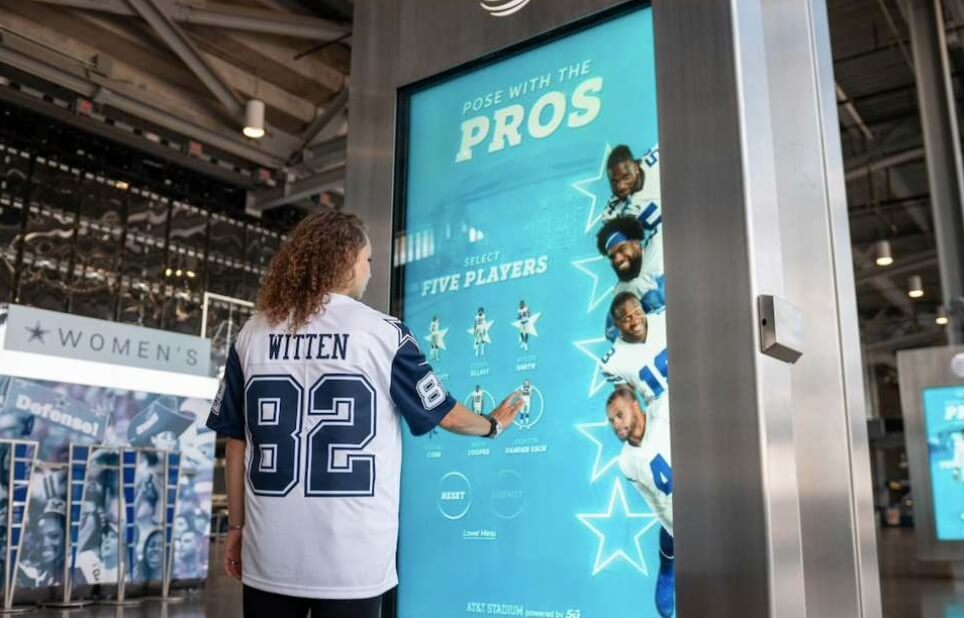 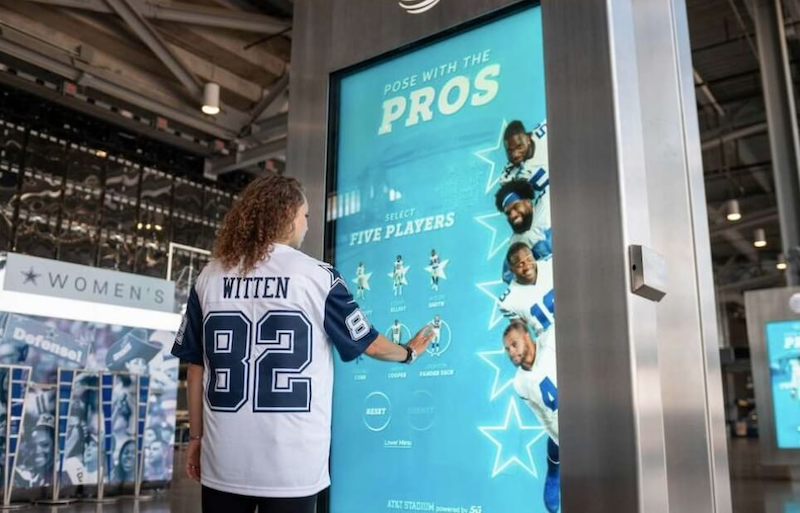 Events bring a unique opportunity to integrate the digital and physical worlds for attendees.

As event profs, our goal should be to entertain, educate, engage or inspire our attendees. So how do you leverage emerging or ‘buzzy’ technology such as AR in a meaningful way, without just adding to the noise?

We’ve rounded up some of our favourite examples of brands that have engaged event attendees in augmented reality experiences that are memorable and engaging.

What is Augmented Reality?

But first, let’s take a quick look at the difference between AR and VR.

AR adds one or more visual layers on top of what you already see in the real world. Think Snapchat filters and Pokemon GO. It also requires less equipment than VR does.

VR doesn’t rely on the world around you. Instead, it transports you to an entirely new and virtual location. It requires special equipment, such as a headset, gloves, sticks, and olfactory devices.

Augmented reality can turn a common bus shelter poster into an unforgettable and entertaining experience. And that’s just what Pepsi did with its Pepsi Max AR advertising campaign. A screen and camera were installed in a typical London bus shelter to overlay virtual objects onto a real-life camera view.

The production showcased Pepsi’s playful personality and provided the audience with an exceptional experience.

Now imagine installing this sort of technology into your live event space. Virtual balloons falling from the ceiling, aerial performers, the sky’s the limit. Event attendees are surprised, delighted and engaged in a unique and entertaining experience.

To celebrate Fashion’s Night Out, Net-a-Porter turned their storefront window into an interactive experience for shoppers and passers-by. On a night where hundreds of brands compete for attention, Net-a-Porter was able to stand out from the crowd.

Suddenly the storefront window is so much more than just a window dressing. It’s a living catalogue and digital advertisement for the brand. Integrating with a brand activation such as Fashion’s Night Out, Net-a-Porter was able to engage shoppers in a unique retail experience.

Dallas Cowboys Pose with the Pros

Getting a photo with a famous sports star is high on the list for fans the world over, but it’s not always attainable. AR can play a role in bringing sports stars to life for fans and event attendees.

The Dallas Cowboys captured the sporting world’s attention last year with the launch of their augmented reality ‘Pose with the Pros’ photo booth experience. Fans walked up to a large screen which was installed around the stadium, and interacted to select their favourite players. As they posed for the photo, the players virtually walked onto screen next to them and posed for a photo. The photos were able to be shared to social media instantly.

Product demonstrations are an integral part of many trade shows or conferences. But it can often be challenging to WOW a captive audience in the overcrowded expo space. This is where augmented reality can play a part.

Toyota launched the Hybrid AR app, to allow customers to gain a better understanding of how its new C-HR model. Created with agency Brandwidth, the app works by overlaying images of the inner workings of the Hybrid drivetrain onto physical vehicles.

Customers can interact with the app to be able to discover more about the car’s key features and go in-depth into how the car’s energy is used and how the drivetrain works in different drive states.

For automotive brands, technology is becoming a key part of the acquisition process, allowing customers to gain insight into the product in new and immersive ways – and ideally draw them further down the path to purchase.

Integrating AR into your events and activations can educate, engage and entertain your attendees. It’s a chance to show the lighter side of your brand through fun and memorable experiences that bring your brand to life.

With today’s advances in mobile technology, the need to download complicated or clunky apps has been removed and augmented reality is now more accessible.

Chat to Social Playground about how to integrate AR into your next live event, conference or brand activation.